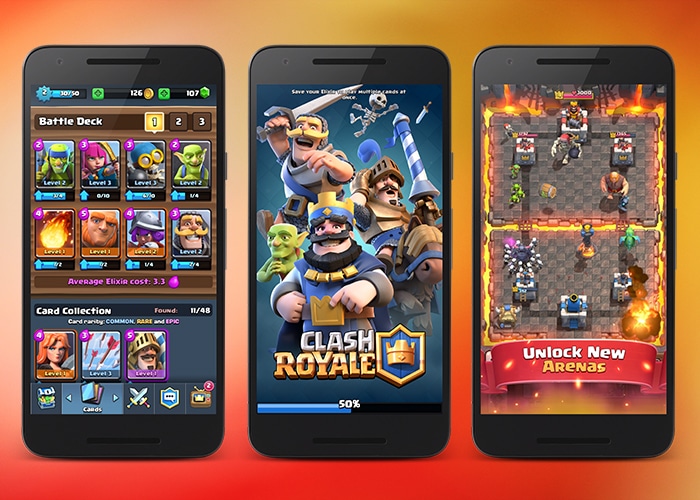 Clash of Clans, one of the most played games throughout the Play Store and worldwide mobile. For better or worse, Clash of Clans received a very controversial update that caused the abandonment of more than one user.

Supercell, those responsible for this Clash of Clans and Boom Beach, have come with a new game present in the ranking of downloads store Google, began to work with another project that promises from day one : Clash Royale.

Clash Royale, the new Clash of Clans from Supercell

Graphics, dynamics and style of play are virtually identical to those of Clash of Clans, with the difference that we have no village to organize this time. We have the same troops in Clash of Clans, as witches, archers or barbarians, but also are never seen with new skills. Yes, all with the distinctive design of Supercell.

In Clash Royale, things are in the form of cards that can be invoked if we have the elixir to do it. As the troops more powerful, more elixir cost us. The interesting thing is when we have to manage our troops with our elixir to try to destroy the castle of rivals without us destroying ours.

Each village consists of two towers and a castle, and win the one game that has destroyed more towers. In the case of tie in the number of destroyed towers, is played to “sudden death”. If you manage to destroy the main castle, where the opponent’s king, you win the game automatically. 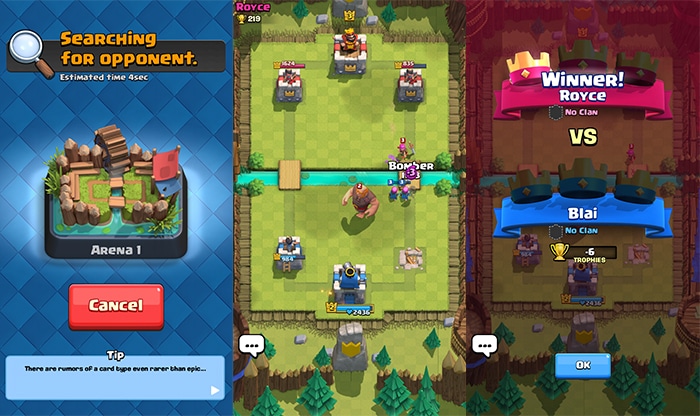 For each game will give us a special box where we can find corresponding letters to new troops or new levels of them. Also we receive trophies or “glasses” that will mark our range and our divisions in which more rivals who are fighting. The game also integrates different “arenas” , ie, places where fighting with opponents.

The game has achieved in just one day of life 100,000 downloads, and does not suffer any lag nor failure on servers, is more, it just takes seconds to find the game. In this sense, it is lighter than Clash of Clans. Try anything else, the Clash Royale gets hooked with their quick and bold games where you do not know who will win. 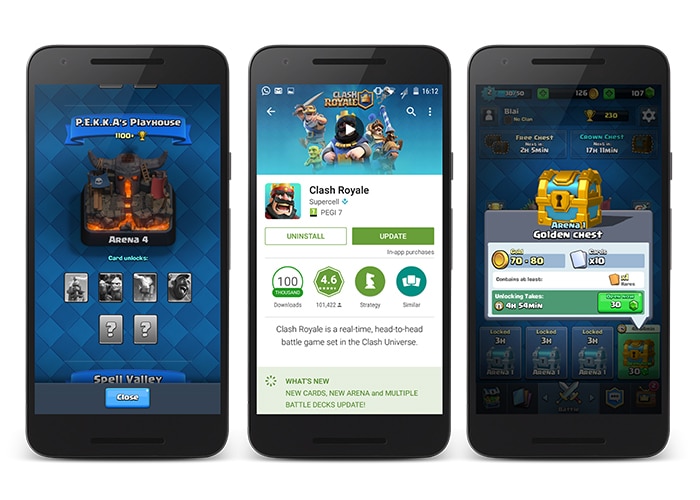 Ultimately, expected a game of this magnitude taking into account the history of Supercell, so hopefully that every day is like today. Today, you can find it in the Play Store completely free, but domestic purchases of gems and others as in Clash of Clans.